At a garden party held at Gallows Wharf in Lichfield, Phil Sharpe, Lichfield Branch Chairman was pleased to present a cheque to Peter Buck, Engineering Director of Lichfield & Hatherton Canals Restoration Trust (LHCRT) for £1,000 towards their restoration of the Lichfield Canal.

The money was a generous legacy left to IWA Lichfield Branch last year by the late Peter Chandler, a former Branch Chairman and an early director of the Trust.

The contribution will help fund ‘Fosseway Queen’, the brick narrowboat planter and its steel towing ‘oss (horse) sculpture which the Trust has constructed on the new canal bank at Fosseway Heath, close to the railway bridge over Falkland Road. This striking addition to Lichfield’s landscape will help publicise the Trust’s ambition to restore the canal whilst brightening up the local environment.

As acknowledgement of the donation, the boat’s cabin side will carry a plaque in memory of Peter Chandler who did so much for the waterways, including designing the Trust’s logo that is still in use today.

The garden party was held to celebrate the award to LHCRT of the Queen’s Award for Voluntary Service and, in accepting the cheque, Peter Buck also presented Phil Sharpe with a QAVS badge, one of many being presented that day to volunteers who have helped the Trust physically or organisationally over the past 30 years. As a former director, vice-chairman and one-time work party organiser, Phil has also assisted with planning matters in recent years, but receiving the badge was an unexpected surprise.

The building of Fosseway Queen was completed during two weeks of Canal Camps when volunteers from IWA’s Waterway Recovery Group were working on canal channel excavation, waterway wall repairs and landscaping at the Fosseway site, with impressive results.

More information about the remarkable progress of the Trust’s restoration and reconstruction work can be found on their website [https://www.lhcrt.org.uk] where the Very Latest News link to their Facebook page provides daily updates and photos. 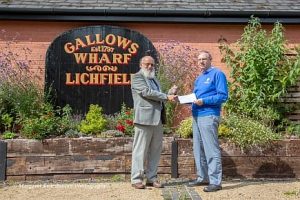 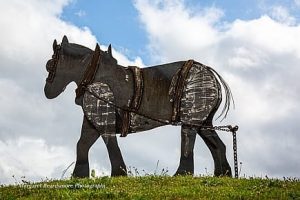 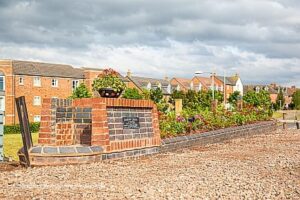 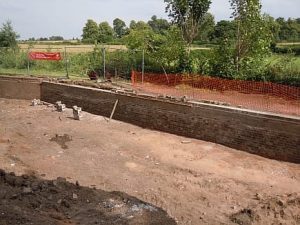